God’s love has no “boundaries”

God’s love has no “boundaries.” No conditions. No limits. No restrictions. No margins.

Seriously. One thousand four hundred percent. Because of one word: boundaries.

A thought: Include “boundaries” in your post and see what happens.

But perhaps we pitch that word too carelessly over everything.

You hear “boundary” everywhere these days. And often we make it mean something it doesn’t. We throw it around when what we really mean is “I don’t care” or “I don’t have time” or “You hurt my feelings. Or “You don’t agree with me. You don’t respect me. You’re a little weird.”

But sometimes our selfishness and self-absorption make it easy to twist the concept of boundaries into a practice God didn’t intend.

Setting boundaries can feed on the inherent self-focus of the human heart and we end up renaming our selfishness as “boundaries.” The rigid boundaries become walls.

As we think about all this boundaries stuff, let love cover us.

Let’s err on the side of mercy. Let’s open gates …

Of grace. Of unmerited favor.

We all have difficult people in our lives, yet God calls us to love them well.  To do this, maybe we ought to make all a majority of decisions based on what will best promote the other person’s spiritual and eternal good. And not so much on establishing boundaries.

Maybe walk in their shoes for awhile.

Maybe treat everyone with kindness and respect, even those who are rude to us – not because they are nice, but because we are.

God’s love has no “boundaries.”

Maybe make decisions by asking: What would Jesus do?

I’m reminded of one of my favorite novels, In His Steps by Charles Monroe Sheldon. When I was in the hospital after a diving accident which left me a quadriplegic, my Mom often read to me since I was unable to hold a book in my hands. A friend suggested In His Steps. It touched a chord with me then, and still does today. First published in 1896, it’s the story of the Rev. Henry Maxwell, pastor of the First Church of Raymond, who challenges his congregation to not do anything for a whole year without first asking: “What Would Jesus Do?”

One Sunday morning he said: “Do not do anything without first asking, ‘What would Jesus do?’” This challenge is the theme of the novel and the driving force of the plot, which then follows individual characters as their lives are transformed by the challenge. [And ask any church youth group teen of the 1990s about their WWJD bracelet!]

So maybe in determining boundaries, why not use What Would Jesus Do as the benchmark?

God’s love has no “boundaries.”

God asks us to love others without limits or borders. 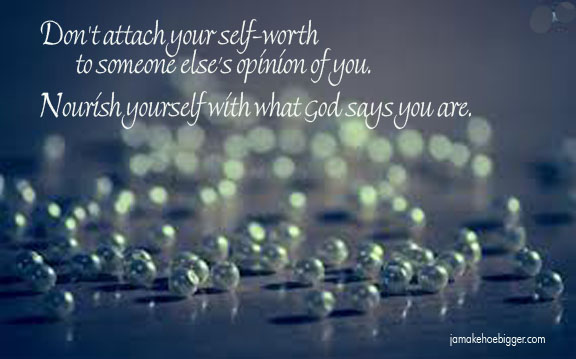 Don’t attach your self-worth to someone else’s opinion of you. Nourish yourself with what God says you are.

You wouldn’t think an inspirational reminder would come in the middle of watching a Cubs game on TV. But that’s what happened. I was “resting” my eyes (what my Dad called being on the verge of slipping into a nap) when the thought floated through my near subconscious: what happens when a grain of sand finds its way into an oyster? A pearl happens.

The birth of a pearl is truly a miraculous event. Gemstones or precious metals are mined from the earth, but pearls are grown by live oysters far below the surface of the sea. Gemstones must be cut and polished to bring out their beauty. But pearls need no such treatment to reveal their loveliness. They are born from oysters complete – with a shimmering iridescence, lustre and soft inner glow unlike any other gem on earth.

Layer upon layer of nacre, also known as mother-of-pearl, coats that grain of sand until the iridescent gem is formed.

How something so wondrous emerges from an oyster’s way of protecting itself is one of God’s loveliest surprises. For the nacre isn’t just a soothing substance; it’s composed of microscopic crystals of calcium carbonate, aligned so perfectly with one another that light passing along the axis of one crystal is reflected and refracted by another to produce a rainbow of light and color. Way cool.

But you know what? We can be covered and covered by layers of God’s love, nourished with what God says about us.

Just as layer upon layer of nacre coats the grain of sand until the iridescent gem is formed.

And how about some more inspirational reminders? These are the daily posts from my Happy Day Moment Facebook Page … the Echoes from April 2015.

What others say and do to us is much more about them, than us.‪

Let God’s compassion cover our failures. Let His mercy wash over our mess.

You can’t have a healthy relationship without abundant forgiveness.

When the ground crumbles beneath your feet, let hope in God be your rescue and stability. #happydaymoment

Look closely. You will see God’s presence in the dark cloud.

We ought to exchange our self-serving heart for one that carries a passion to serve others.

We may be uncertain of how to go forward, but we can be certain in God. #happydaymoment

You’ll have a hard time ever being happy if you aren’t grateful for what you already have.

Let’s remain confident of this: there is goodness in every day.

Refuse to recognize that any problem is anything less than an opportunity to see God.

May we choose this above all other choices: let all we do be done in love. #happydaymoment

Show kindness, to everyone. Especially be kind to the unkind, because that’s how God has treated me.

Don’t let the negativity of the world discourage you from sharing joy.

Let grace redeem and rebuild your life and your community.‪ #happydaymoment

Love is not silent. That’s not its treatment.

There is no occasion that justifies hatred. We should always choose love. #happydaymoment

Instead of nursing our pain, we can find freedom in choosing to cling to our hope in God.

Use your voice for good – to inspire, to encourage, to educate, to spread more love and understanding.

Talking about hard things with someone who’s supportive can be so healing.

Remember to say these simple words that will lift another’s heart: I’m thinking of you. #happydaymoment

Be the friend who pours kindness and compassion into those who are running on empty.

Be the one who walks beside another, who shares their burden, who says, “I love you. Let me help.”

Let love be your compass. Not rejection. Not disappointments. Not sorrows.

When God’s kindness and love appeared, he saved us, not because anything we had done, but because of his mercy. ‪

No suffering you go through is suffering God will not carry you.

P.S. – If you enjoyed this post and think it may be helpful for others, please share it by using the social media buttons! Thanks! 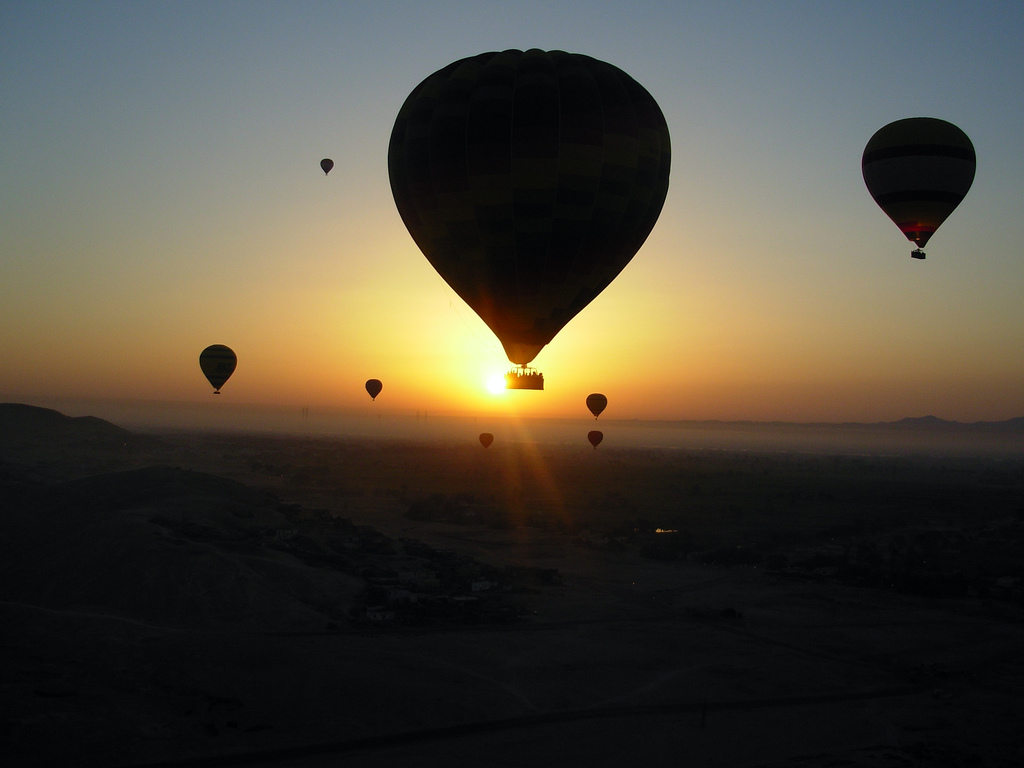 May these words lift you up, too. Help you rise above.

Our lives can change in an instant. Love and forgive often and always. You may not have that chance again.

Let every promise broken, every painful word, every hurtful word be covered with God’s love.

Don’t give up when you’re surrounded by brokenness and selfishness. Forgive those you hurt you.

Peace comes from looking at what you have, not what you’ve lost.

Love never ever gives up and never ever fails and light always always breaks through any darkness. #happydaymoment

When you’re hurt by others, neglected or overlooked or taken for granted, choose to give them the benefit of the doubt. Offer grace.

Remember the blessings and forgiveness we’ve received and reflect those in the way we treat each other.

Even amid the trials and struggles we all face, there are beautiful things that should remind us that God is good.

Put yourself aside, and help others get ahead. Don’t be obsessed with getting your own advantage. ‪

Don’t just pretend to love others. Really love them. Hate what is wrong. Hold tightly to what is good.

Finding ways to help others will push away our self-centeredness.

Compassion is the key. Encourage the hurting, help the weak, be patient with everyone. #happydaymoment

Today, share hope with those who are weighed with heavy and fearful hearts.

Today is a gift. It’s the only gift that you have right now.

It’s the first day of Spring. Let your heart thaw; let the river of love flow.

If you feel you’re on the periphery, or you’re treading water, believe that even in those tender places, God is there. #happydaymoment

Let’s not use our words as a weapon or to get our way, but let’s weigh the consequences before we speak.

When we view our situation through the lens of gratefulness, instead of a self-centered mind-set, we have the potential to be happy in spite of circumstances.

Let’s acknowledge that others are bigger than the wrong things they sometimes say and do and that we’re more than the sum of a single mistake.

The caliber of your life is measured by your kindness to others, your compassion, your empathy. #happydaymoment

Always believe that each day carries a hope for happy.

It’s a discipline, this gratitude thing, and it’s essence is an understanding that every moment is precious.

Practicing gratitude trains us to look for the positive in all situations.

Differences of opinion don’t destroy relationships. It’s how we deal with them that counts. Choose compromise, forgiveness, compassion.

Kindness and compassion not only require forgiveness, but also help us to do it.

Seek a perspective that allows you to see hope in the midst of pain.

Forfeit your interest in judging others and adopt a passion for kindness.

If you don’t step forward, you’ll always be in the same place.

You can be strong by keeping quiet and trusting God.

Thanks for reading, and as always, I would love to hear from you. Post your comments below!

Call the Midwife on PBS