I love you more today than yesterday.

Nothing you could ever do would stop me from loving you.

What ARE you doing?

There shall no evil befall thee.

It’s good for you.

Did you clean your room?

I’m not going to ask you again.

Yes, we can do that.

I am really proud of you.

I said quit it.

Get off him NOW.

Do you know how much that costs?

I’ll think about it.

No, I’m not changing my mind.

Don’t just pile everything in your closet.

Give me a hug.

You are SO sweet.

Yes, you have to eat it.

It’s not that gross.

Please hang up your coat.

Come on, it’s not that complicated.

I love you more.

Don’t leave your stuff all over the living room.

Cramming Legos under the couch it NOT “picking up.”

You are so cool.

Why do you keep asking?

No. Because I said so.

Sure, I’ll play a game with you.

Why do you always win?

Stop picking at each other.

Are those clothes on your bedroom floor dirty or clean?

What do you wanna do?

You are just too cute.

What a beautiful swing.

I love to watch you play.

Don’t pile all your shoes in the kitchen.

I don’t care if he hit you first.

I don’t want to hear who started it.

No. End of discussion.

Turn that thing off.

Yes, that includes making your bed.

You are getting so tall.

Put your clean clothes in your dresser.

Don’t give me that look.

That was great fun.

Are these your baseball cards all over the table?

Thanks for picking up your clothes.

I loved you first.

You want me to go with you?

Thanks for bringing in the groceries.

I told you no.

Don’t make me yell at you.

That’s just the way it is.

Give me a kiss.

You were very polite to them.

I’m glad God gave you to me.

Give me another hug.

I REALLY thank God for you.

Even when you’re so goofy.

I love you MORE.

Than you’ll ever know. 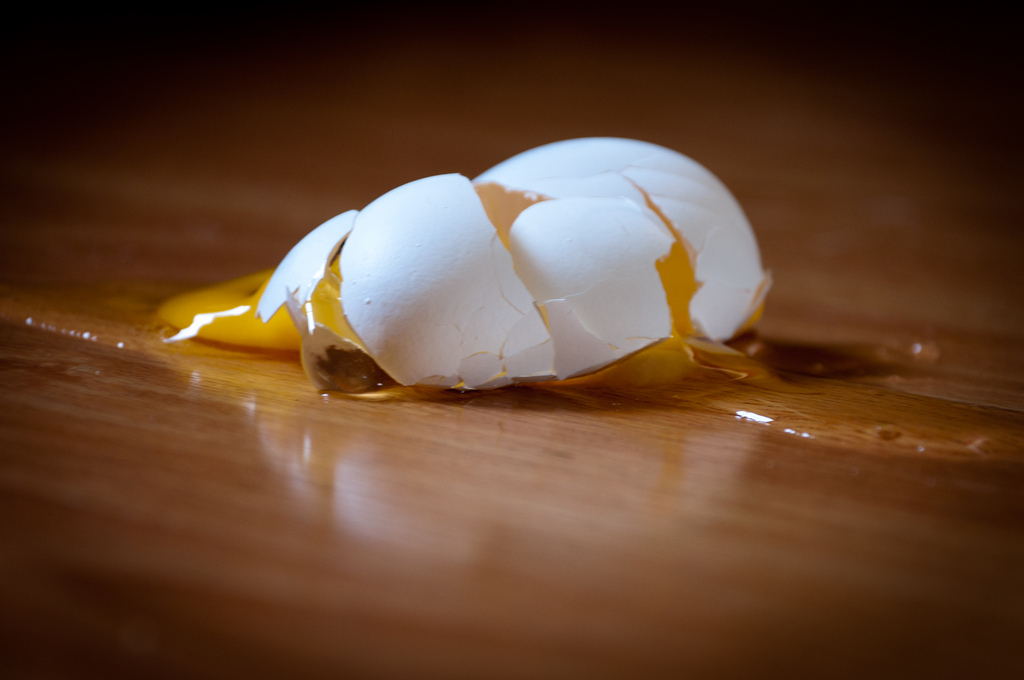 Warning to mothers: think twice before showing your three-year-old how to use the egg slicer. Thomas giggled when I pulled the metal wires of the slicer over the peeled hardboiled egg to create uniform slices white and yolk. He laughed even more when I let him do it himself. I laughed, too, at his joy, watching him line up the slices from small to big before eating them.

But the joy of teaching him something new turned sideways the next day.

About twenty minutes before a client was to arrive at my home business for a resumé consultation, I heard tiny footsteps, and swiveled around from my desk. There I saw Thomas standing sheepishly outside my office door.

“I spilled a egg.” His voice was very small and he stared at the floor.

“Ah oh,” I said. “Let’s go take a look.” Not good timing for a little mess, I thought, following him to the kitchen. When I turned the corner from the living room, where my older son was quietly playing with his action figures, and into the kitchen, another “ah oh” caught in my throat.

He spilled more than “a egg.” More than a “little mess.”

Smashed eggs were everywhere. Cracked eggs shells and eggs whites and egg yolks dripped from every surface. Blobs of yolks puddled on a kitchen chair pushed beside the refrigerator, and a mixture of shell and yolk ran down the front.  Smashed eggs slimed down the counter and against the cabinets.  Gooeyness slid from the edges of the kitchen table. Pooled on the floor were globs of yellow. The floor which unfortunately was hideously-patterned carpet we didn’t have money to replace.

Eighteen eggs murdered at the hands of a determined three-year-old.

And there on the table was the egg slicer with a crushed egg oozing in its center.

I was speechless. And so was Thomas as he stood beside me. We both stared at his handiwork. I sat down and pulled him to my lap.

“Did you want a hardboiled egg?” I asked.

“I touldn’t find one,” he admitted. “Sawwee.” He put his arms around my neck and leaned into my shoulder, a repentant hug.

“No,” I chucked, just a little, “I guess you couldn’t.” No use crying over spilled eggs.

Because I knew I didn’t have time to clean the mess before my client arrived, I called a friend. “Hey, Mac, how do you feel about raw eggs?” She came minutes ahead of my appointment, her dog’s pooper scooper in hand, and started the cleanup. Expressing extreme gratitude, I went back to my office to wait for my client. A subdued Thomas went to play with his brother.

When the client interview ended, Mac stood in my doorway with an empty paper towel roll. “I think your kitchen carpet will be rather shiny for a while,” she said with a laugh. “Good thing that boy of yours is so cute.”

Later, I put the boys down for a nap, and explained to Thomas once again the don’t get-in-the-refrigerator-without-asking-Mommy’s-permission rule. Then I called John.

“You’ll need to pick up some eggs on your way home from work.”

“But we still have more than a dozen, don’t we?” he asked.

“Yep,” I said. And thusly regaled him with the story of Thomas and the eggs.

Lesson to mothers: Make sure to show your three-year-old that the hardboiled eggs are the ones with a big crayoned “X” on them!